« Previous: Scanning Your Private Sites with…
Next: Understanding Python bytecode »

Chandu Ketkar reviews the Poodle attack on SSLv3, including the anatomy of the attack, its impact, and how to mitigate it.

What is the Poodle attack?

The Poodle (padding oracle on downgraded legacy encryption) attack was published by Bodo Möller, Thai Duong, and Krzysztof Kotowicz of Google in a security advisory last month (September 2014). The attack is on SSL 3.0 (SSLv3), an obsolete and insecure protocol, and allows an attacker to decrypt authentication cookies for websites. To exploit this vulnerability, the attacker must possess the following capabilities:

Note that, in the past, attacks such as Beast, Crime, and Lucky-13 have been discovered against SSL 3.0 protocol. Poodle, like Beast, requires the capability to inject code into the victim’s browser. But while there was an acceptable workaround solution for the prior attacks, there is no reasonable work around for Poodle. The only workaround is to not use SSL 3.0, period.

How does the Poodle attack work?

The attack is possible due to two SSL design flaws:

An attacker can exploit the above two design flaws as follows.

Once encrypted with a key K and an initialization vector IV, the plaintext message will be converted into a series of ciphertext blocks as shown below. IV is not shown in the diagram below.

In the CBC mode, the decryption works as follows:

Now we know that the last ciphertext block, when decrypted, will yield the padding block (whose last byte has a value of 15). We could now exploit this fact as follows:

In the simplest scenario, an attacker can run JavaScript in one origin in a browser and cause the browser to make requests to other origin. The injected JavaScript code has complete control over the path and the body of the HTTP request. This injected code can now “manage” the length of the path and the body to ensure that the plaintext plus the MAC will result in one full padding block when SSL 3.0 encrypts the request. The browser will do “its thing” and send cookies with the request. The attacker, who also controls the client-server connection, can now launch this attack by duplicating the block of interest (as the last block). If the receiver accepts the record then the attacker knows last byte of the cookie using (on average) 256 requests. Since the attacker has complete control over the path and the body of the message, it can shift and align content to create a full padding block.

What does the Poodle attack do?

Although the Poodle attack is easier to launch than the Beast attack (against SSL 3.0), it is not as serious as say, the Heartbleed attack. The reason it is less severe is because it only works against the SSL 3.0 protocol allowing an attacker to decrypt sensitive HTTP header data such as the session IDs stored in HTTP cookies. SSL 3.0 is by now largely superseded by TLS 1.x versions of the protocol. However, due to legacy reasons (support for IE-6 being one of the primary reasons), many web servers still support the SSL 3.0 protocol. The same is the case for many browsers; most browsers today support SSL 3.0 protocol.

How to mitigate a Poodle attack

As already stated, there is no reasonable workaround for this issue. The only mitigation is to not use the SSL 3.0 protocol. There are three methods of achieving this:

A commonly asked question is, if this attack is against the CBC mode of encryption, can this be resolved if we were to use RC4 instead of AES in our cipher suite? The simple answer is that RC4 has since been proven to be much less secure in SSL/TLS than previously known, and it’s generally not recommended to use it. For example, Beast is nowadays mitigated on the client side by record splitting. It has been suggested that Poodle could be mitigated in a similar way, but it’s better just to drop support of SSLv3 when you’re making changes anyway.

This post is filed under Open source and software supply chain risks.
Chandu Ketkar
Posted by 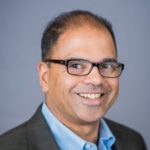