« Previous: The timeless truth of software…
Next: For want of a CVE: MITRE’s… »

Standards are, without a doubt, important in any industry. Swipe your credit card at the cash register, and behind scenes there’s PCI DSS safeguarding how the credit card information is processed and stored. For wireless communications, there’s IEEE 802. And for the automotive industry, there’s ISO 26262, a standard which covers electronic systems in automobiles and road vehicles.

You can listen to the podcast on SoundCloud or read the transcript below.

This week my guest this week is Mark Van Elderen, strategic communications at Synopsys. He’s here to talk about the announcement that two Synopsys products, Coverity and Test Advisor, have been certified as ISO 26262 and IEC 61508 compliant. But first I asked Mark to explain what ISO 26262 does and why it is important.

Van Elderen: That’s a good question. ISO 26262 is an international standard for functional safety of electronic systems in automobiles and road vehicles. It is based loosely on the more generic IEC 61508 standard, but it has specific refinements for the automotive industry. Essentially the standard was created to provide guidance to the automotive industry to avoid the risk of systematic failures and random hardware failures by providing feasible requirements and processes.

Vamosi: If I’m hearing you correctly, this is more of a safety standard. Is that correct?

Van Elderen: That’s absolutely correct. ISO 26262 is focused primarily on functional safety of road vehicles and the electronic or electrical systems within those road vehicles.

Vamosi: What is the news that Synopsys is releasing this week regarding ISO 26262? 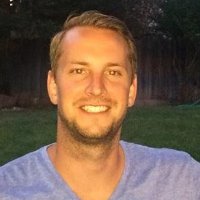 Van Elderen: The big news this week is that two of the tools in our Software Integrity Platform have been ISO 26262 certified. And you may be asking, why must our tools be certified if they are not components of a vehicle? Well, the ISO 26262 standard actually requires that essential tools used in the development of these systems need to be qualified to ensure that they are catching or helping to identify and fix safety critical issues. So the two products are Coverity, Synopsys’ static analysis tool, and Test Advisor, Synopsys’ automated test optimization tool. Essentially what that means is an independent certification body has reviewed our documentation, reviewed our tools, and ascertained that these two tools are qualified for use in the development of functional, safety-critical systems in automobiles. And any automaker or supplier that this developing or building a safety critical system can actually use and is actually seeking ISO certification for that system can actually use our tools, and our tools can streamline that development process.

Vamosi: So a lot of the standards like ISO 26262 focus on the safety and reliability of the vehicle. But when we start talking about software, we get into cyber security, particularly if that auto is connected to the internet, 3G, 4G. What is the status of standards today regarding that frontier?

Van Elderen: That’s an interesting point, and when I say that our tools have been certified to ISO 26262, it really only applies to a subset ISO 26262, which is part 6, which is the development of software. Now when you start talking about software and when you look at modern vehicles, with more and more cars being connected networks and there’s increasingly complex software systems being used, you really have to start thinking about security. Security is a very big issue today, as demonstrated by several public hacks. These vehicles can be hacked, they can be disabled, they can be controlled, and the security issues really pose a very real threat to the operators or consumers of these vehicles. One thing to point out: ISO 26262 is a very important standard. It’s a great starting point to automobiles are safe and reliable. But it does not address some of these security concerns. And what I would say about existing standards is they need to be augmented or new standards need to be developed that actually address these new needs.

Vamosi: When you say augmented or developed, you’re speaking about cyber security aspects of the automobile.

Van Elderen: That’s absolutely correct. There are several standards like ISO 26262 that address functional safety, quality, reliability in standards, but there are not any standards that fully address cyber security issues that we’re seeing today in vehicles.

Vamosi: So what is Synopsys today doing to help that situation?

Van Elderen: We think that cyber security in vehicles is a very important issue, and we’re taking it very seriously. We’re working stakeholders in the automotive industry, and we’re members in certification bodies, etc. One of the things we’re really pushing is a new set of standards that address these issues, so we’re not just talking about it; we’re rolling up our sleeves and helping the industry. Cyber security is a completely new issue for the automotive industry, and in many ways they’re not equipped or prepared to deal with these issues on their own. With that said, there is an entire community of security professionals, security vendors, as well as other industries that have implemented best practices and cyber security standards that the automotive industry can draw on. At Synopsys we view ourselves as a partner that the automotive can look to. So specifically one of the things that Synopsys is doing is helping raise awareness among automotive manufacturers and their suppliers. We’ve provided them with some guidance and cursory instruction as to how they can start addressing these issues. Following the Jeep hack back in summer of last year, Synopsys was approached by several automotive manufacturers and suppliers asking for help and advice. And what we did was we produced a procurement document that would essentially be used by the automotive manufacturer to request or require a minimum set of cyber security testing requirements from their suppliers of software systems. If you recall the Jeep hack, it actually wasn’t a vulnerability or a security problem in any of Jeep’s software. It was actually one of their suppliers, several of their suppliers. Really that’s one of the approaches that we’re taking is giving them, giving the automotive manufacturers, the information they need or the right questions they should be asking from their suppliers That’s a starting point. This procurement document is free and available to anyone who wants it on Synopsys.com.

Vamosi: So you mentioned after the Jeep hack, Synopsys was approached by several of the automakers. What became of that discussion?

Van Elderen: That’s a great question. That discussion ultimately ended up leading to the formation of a grassroots working group. Initially it was called the Featherstone Working Group after the location of one of their first meetings. And Mike Ahmadi, our global director of critical systems security, really lead that effort. He gathered a group of interested stakeholders, and they started to meet regularly to not only identify the challenges that the automotive industry was facing but also provide a path forward toward resolving those challenges. That working group ultimately evolved into a formalized task force under SAE, a task force that is called the Cybersecurity Assurance Testing Task Force, and they meet, I believe, every other week. And they have members from all of the major automakers as well as their suppliers. And essentially the charter of that task force is to help develop new SAE endorsed standards that help the automotive industry, that provide the automotive industry with a common framework for testing requirements that apply to all of the software and electronic components throughout the extended automotive supply chain.

Vamosi: Is there anything else I haven’t asked you that you’d like to bring up?

Van Elderen: Yes, Robert, I think it’s important for automotive manufacturer, for their suppliers, for vendors, for the larger automotive ecosystem to first embrace the standards that are out there today. I think it is an important first step for functional safety cannot be ignored. And the standards that are out there today are really good at helping to address functional safety issues. I think moving forward we need to shift our focus along the same lines as what Synopsys is doing, which is working with stakeholders to develop new standards. We really need to look to the future and assess how the automotive industry is changes, how vehicles have changed, the increasing amount of code, complexity of the software systems, the interconnecting of these software systems, as well as the vastly extensive supply chain for software that goes into automobiles. There are hundreds and hundreds of suppliers, and each of those suppliers has so many third-party software components and open source components that they are pulling into their systems, it’s a daunting task, but it is something that needs to be addressed. And I think moving forward having the industry come together, work together to not only identify the challenges at hand but develop new solutions that apply to modern vehicles and the software that is in them is really important.

Vamosi: Thank you, Mark, for your time today.

Van Elderen: Thank you for having me, Robert.

Hajime and Mirai locked in an IoT botnet turf war