« Previous: A journey through the secure…
Next: "Easy" to hack Apache Struts… »

3 tips to ramp up your mobile application security

Modern mobile device users often have their devices tightly integrated into daily life. From banking apps to social media feeds, these applications are high visibility targets for hackers and thieves looking to exploit weaknesses or hijack vulnerabilities. By ramping up mobile app security, vendors ensure the safety and security of their users and their infrastructure.

The latest high-profile mobile threat is the Broadpwn attack. This threat targets the Broadcom chipset used in many popular mobile devices. Broadpwn takes advantage of low-level communications combined with flaws in the Android platform. Thus, allowing a malicious payload to travel from one phone to the next virtually undetected. Fuzz testing tools are an ideal method of detecting this type of flaw.

These vulnerabilities often take advantage of a mobile application’s weakest link: the operating system. Malware can watch the user’s screen and send snapshots of visible input fields. It can also read files normally reserved for the system to gather unprotected databases and certificates.

Once an operating system has been compromised, the application memory and data are no longer safe. They can be read without proper encryption. Root detection is often used as a stop-gap to prevent applications from launching in a hostile environment. However, this doesn’t protect data stored on the system or in memory.

Tip #1: When developing in a hostile environment…

Developers can no longer depend on a secure, isolated environment when creating a mobile application. With today’s attacks targeting the operating system and underlying hardware inside of the platform, organizations must plan to create applications that protect not only from static analysis but also active attacks on the platform and network. Creating an application that can withstand these attacks requires several key factors:

By following these key factors, today’s mobile application platforms stand a much better chance of protecting both the customers and vendors.

Tip #2: When integrating mobile application security into the SDLC….

The most challenging component of mobile application security is ensuring that guidelines are followed throughout the software development life cycle (SDLC). This requires diligence from the entire project team. Every member is responsible for ensuring they are following security best practices.

During the planning phase of the project, all members of the platform must be involved in actively integrating security into the platform. It’s important to have a head of security within the team to ensure everyone incorporates security into the design. When designing and developing the application, it’s also important to ensure that developers are practicing secure coding. Through training and tool assisted development, you can ensure developers don’t compile vulnerable code into the application.

Oftentimes companies with a separate quality assurance (QA) team leave penetration and security testing until after the implementation and verification phases of the SDLC. This results in testing at the end of the product’s life cycle. This also often corresponds to release dates and team commitments. Plan ahead. Integrate assessments and penetration tests of the mobile application platform during implementation and verification phases. This ensures the team isn’t rushing to fix issues in the eleventh hour before the delivery date.

It is also important to have security monitoring systems in place to monitor for attacks and breaches within the platform. Guidelines should be prepared in case a vulnerability is discovered in the platform itself. For example, a public exploit for a library or a vulnerable version of a web server. This requires a stringent guideline for:

Ramping up mobile application security by tightly integrating security into the SDLC doesn’t only ensure protection for the vendors. It also increases reputation and maximizes profits from the mobile marketplace.

This post is filed under Security news and research.
Luke Arntson
Posted by 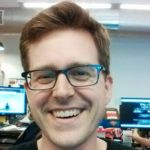 Luke Arntson is an associate principal consultant with 11 years of experience in a variety of roles including software engineer, front-end developer, and technical lead. Luke has worked with a number of Fortune 500 companies, including financial institutions, graphics card makers, and coffee distributors. At Synopsys, he has overseen and performed thick client assessments, web penetration tests, source code reviews, mobile assessments, hardware assessments, and manual ethical hacking tests of systems built from a few thousand lines of code to systems containing tens of millions of lines of code C/C++, Java, PHP, ASP.NET, and C#. Luke has an extensive background in Windows security and circumvention, including UAC and token passing techniques, binary reverse engineering, and security tool writing.