Another inside job, Gmail privacy, and UK cyber crime court 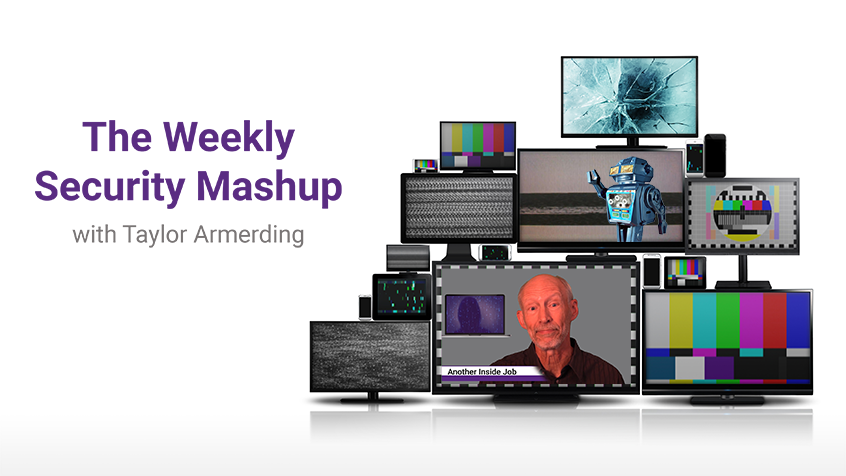 What’s in this week’s Security Mashup, you ask?

Another inside job, or perhaps it should be described as an “insider job.” A former NSO employee has been accused of stealing spyware. Who is reading your Gmail? Perhaps everybody. The U.K. has created their very own cyber court. Watch this episode below:

via Joseph Cox, Motherboard: What happens when an insider steals spyware and tries to sell it for their own personal gain? One NSO employee offered Pegasus on the darknet for $50 million in cryptocurrency. But the biggest issue isn’t how or why he did it—it’s what might happen when the ultrapowerful malware that governments use to spy on their citizens falls into civilian hands. Learn why this event is trending in security news.

Someone else is reading your Gmails

via Danny Bradbury, Naked Security: You’ve sent emails. You’ve probably sent lots of emails. You might have been concerned when Gmail started scanning your emails to offer you targeted ads (it doesn’t do that anymore). But your email provider isn’t the only party you should be concerned about. News broke this week about third-party developers reading your email—as in real people, not just processors. Watch the segment.

via Charlie Osborne, ZDNet: The U.K. has the ball in their court—the cyber crime court, that is. With the continuous increase in cyber crime, the City of London decided it was time to launch a specialist court with judges who are familiar with new technologies and how they can be used not only to commit crimes but also to support the judicial process. Learn why it’s trending news when you watch the segment.

Stay up-to-date on the latest security news. Subscribe to the blog today.