« Previous: Recognizing another type of…
Next: The Complete Security… »

Heartbleed bug: How it works and how to avoid similar bugs

The Heartbleed bug results from improper input validation in the OpenSSL’s implementation of the TLS Heartbeat extension. How can we prevent similar bugs?

The Heartbleed bug is a vulnerability in open source software that was first discovered in 2014. Anyone with an internet connection can exploit this bug to read the memory of vulnerable systems, leaving no evidence of a compromised system.

OpenSSL versions 1.0.1 through 1.0.1f are vulnerable unless compiled with the uncommon -DOPENSSL_NO_HEARTBEATS option. The earliest non-vulnerable version is 1.0.1g.

How does the Heartbleed bug work?

The Heartbleed bug got its start from improper input validation in the OpenSSL implementation of the TLS Heartbeat extension. Due to the missing bounds check on the length and payload fields in Heartbeat requests, coupled with trusting the data received from other machines, the responding machine mistakenly sends back its own memory data.

Attackers can send Heartbeat requests with the value of the length field greater than the actual length of the payload. OpenSSL processes in the machine that are responding to Heartbeat requests don’t verify if the payload size is same as what is specified in length field. Thus, the machine copies extra data residing in memory after the payload into the response. This is how the Heartbleed vulnerability works. Therefore, the extra bytes are additional data in the remote process’s memory.

What is the impact of Heartbleed?

The Heartbleed bug allows anyone on the internet to read the memory of the systems protected by the vulnerable versions of the OpenSSL software. Sensitive information such as session identifiers, usernames, passwords, tokens, and even the server’s private cryptographic keys, in some extreme cases, can be extracted from the memory. To make matters worse, this attack leaves no apparent evidence in the log files. Thus, it is extremely difficult to determine whether the machine has been compromised.

An attacker can read 64 kilobytes of server memory for a single Heartbeat message. However, there is no limit to the amount of memory that can be read from a vulnerable server. Furthermore, an attacker can continue reconnecting and requesting an arbitrary number of 64-kilobyte segments to reveal secrets (passwords, secret keys, credit card numbers, etc.) stored in memory.

Could it have been avoided?

The problem could have been avoided by validating the message length and ignoring Heartbeat request messages asking for more data than their payload needs. A security review of OpenSSL software could have also caught the Heartbleed bug.

What lessons can we learn from the Heartbleed bug?

Heartbleed is a simple bug to remediate. To prevent sensitive data leakage through Heartbleed, upgrade to the latest stable version of OpenSSL. Don’t blindly trust the software—it’s also best to integrate security programs into software development.

How can we prevent similar bugs in software?

Looking ahead, we offer four key pieces of advice to integrate into your software development life cycle and the maintenance of existing software:

Find the security flaws that put your applications at risk

This post is filed under Open source and software supply chain risks.
Anil Gajawada
Posted by 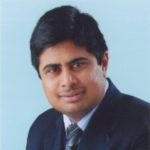 Anil Gajawada is a security consultant at Synopsys. He has over 5 years of security experience in a variety of roles including application security engineer, security architect, and penetration tester. Anil is passionate about educating organizations on risk mitigation throughout the development life cycle and specializes in threat modeling, secure design review, and static analysis.