« Previous: Forrester recognizes Synopsys as…
Next: Defending against the cyber… »

In this post we explore how an attacker who has compromised a Jenkins instance can backdoor software built with it and what security measures are critical to ensure protection against attacks.

When I first joined Synopsys, one of my colleagues posed an interesting question in one of our chat channels: how would one go about backdooring Maven builds in Jenkins? I found this intriguing but didn’t have much time to pursue it.

For the uninitiated, Jenkins is the most popular automation tool for building, testing, and deploying software in CI/CD. It is open source and used by many companies, large and small, to build their software.

Recent high-profile breaches have brought renewed attention to supply chain security, and I decided to revisit the question and develop a proof-of-concept Jenkins plugin that can add an attacker’s modifications to source code before it is built—no commits to the upstream source repository needed.

Before I proceed to the code, a few points:

Now for the technical details.

We can briefly observe how this works by examining the source of AbstractBuild.AbstractBuildExecution’s run() method:

With that, we can create a couple of simple listeners:

How to go about modifying the files depends on stealth requirements, how often the targeted file or files change, etc. In the following example, the plugin requests a remote JSON file containing an array with:

The code is pretty straightforward (and lacks caching) but notice that the file operations use Jenkins’ own FilePath class rather than Java’s native File class. The former will transparently handle files located on remote build agents.

The modified file will remain in the workspace after the build has completed. As a counter-forensic measure, one may want to revert it to its original state; I have not tried to implement this, but looking at Jenkins’s extension points it looks as though a viable approach would be to create a BuildStepListener with a finished() method that checks whether its BuildStep argument is an instance of Notifier. 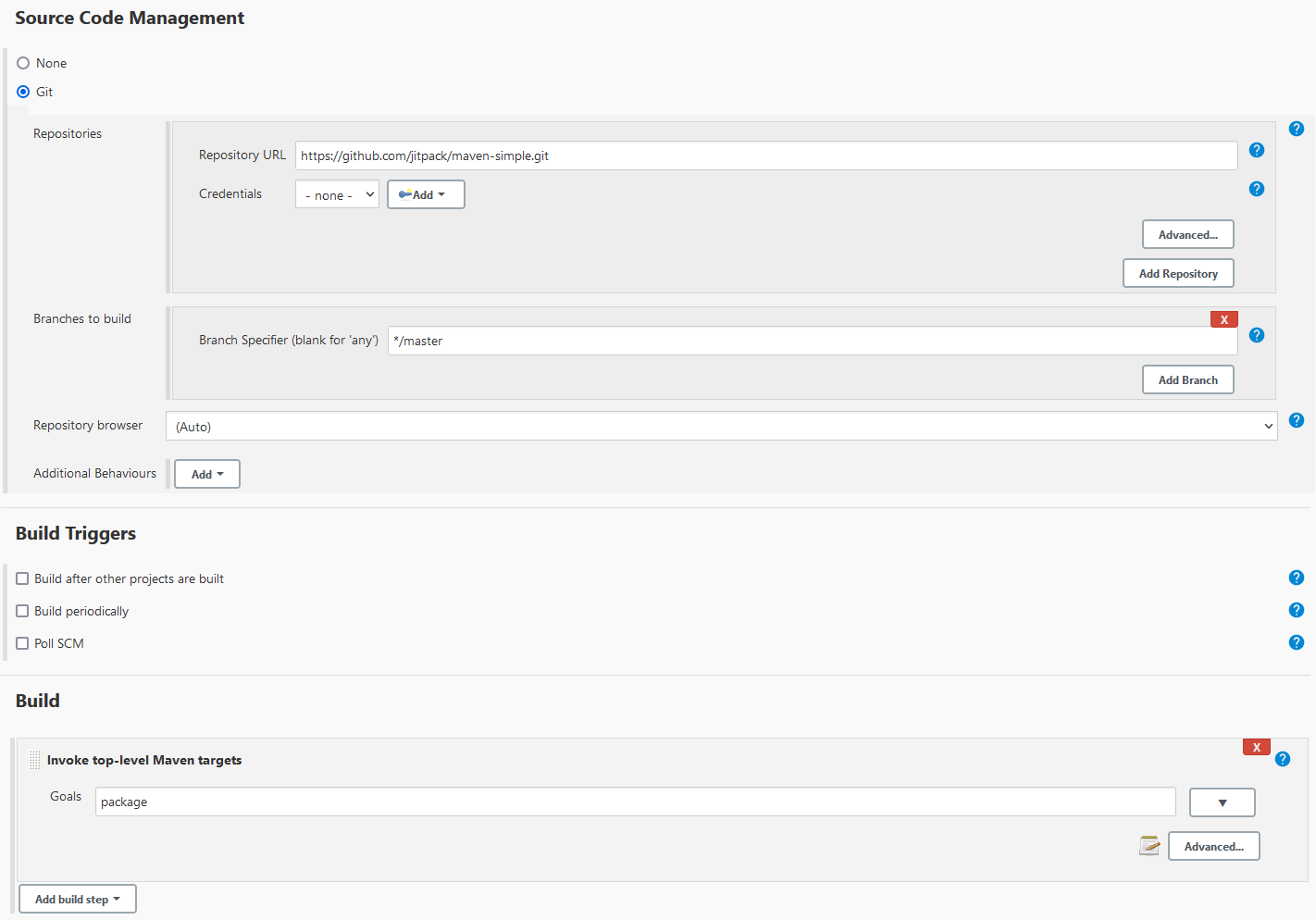 We can see from the source code that the built main class should just print “Hello world.“ So we’ll craft a JSON file to instruct the plugin how to modify this file:

So when we run the build, we see that it’s pulling the source code from Git… 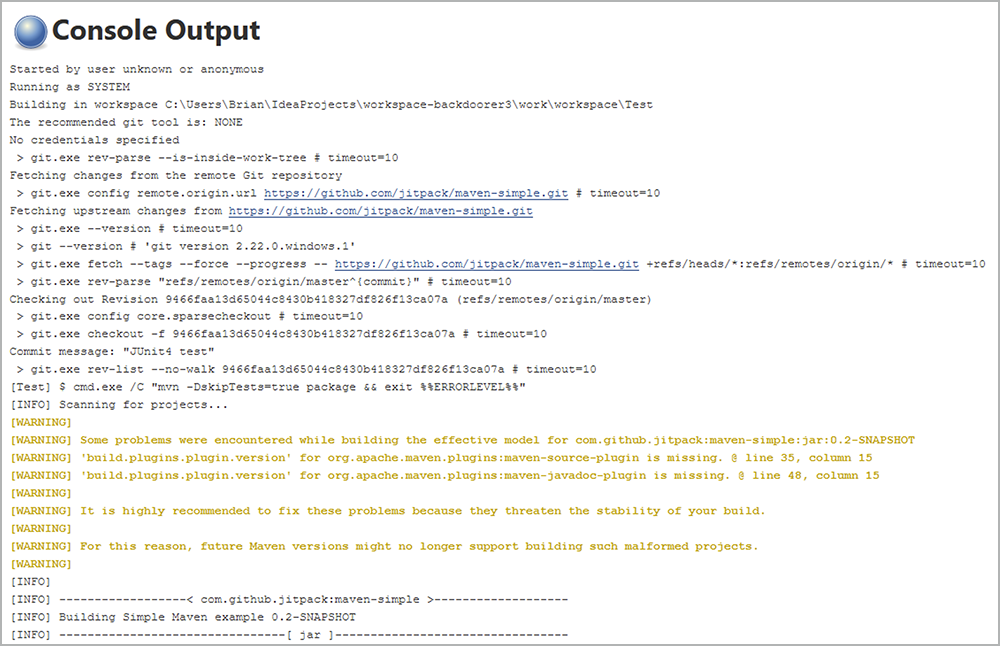 …but when we run the built version, we see that it’s been modified:

Why securing development infrastructure is important

Hopefully this gives a taste of the relative simplicity of turning a compromised Jenkins instance against its owners. And it goes far beyond “just” backdooring code: Jenkins and similar systems are often full of credentials to other systems, including production on-premise Active Directory environments, cloud environments, Kubernetes environments, etc. Distributed build agents can allow lateral movement into other network segments. And of course, source code and built artifacts that are, by nature, accessible to these systems can constitute valuable IP that should not be leaked.

All these possibilities—many of which don’t need the high privilege levels shown in this example—make Jenkins instances, CI/CD systems in general, and “development infrastructure” overall appealing targets for attackers. Hence, they must be subject to robust patch management, access control, and configuration management measures; security assessments performed by an organization or its vendors should be sure to cover these systems to evaluate the controls in place.

Subscribe to the blog for more information on application security

This post is filed under Building secure software.
Brian Hysell
Posted by 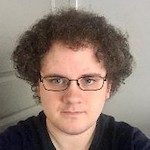 Brian Hysell is an Atlanta-based senior consultant for the Synopsys Software Integrity Group’s professional services unit. He delivers a variety of services to clients including application penetration tests, network penetration tests, secure code reviews, and instructor-led trainings. In his spare time he likes to bake and travel.