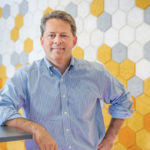 Lou brings over 25 years of experience as an enterprise software executive. He is a veteran of five Massachusetts software startups: Avid, WebLine (Cisco), FairMarket (Ebay), Reflectent (Citrix) and VMTurbo. Lou was President and CEO of VMTurbo, Inc., and Reflectent Software (acquired by Citrix Systems in 2006), both of which served the enterprise and financial services industries. After the Reflectent acquisition, Lou served as General Manager of the Citrix Management Systems group, and then took on the role of General Manager of the Citrix Virtualization and Cloud Products Group. He worked as an Entrepreneur-in-Residence at Highland Capital Partners in 2002. Prior to Highland, Lou served as Vice President of Worldwide Field Operations for WebLine Communications, a customer contact center software company acquired by Cisco Systems in 1999 for $325 million. Before WebLine, Lou served as Vice President of Americas and Pacific operations at Avid Technology. He joined Avid when the company was a startup and oversaw its growth to over $450 million in revenue. Lou also founded and served as President of Avid Japan KK. Lou serves as Chairman of the Board of CustomerGauge and is an advisor to AppFirst and Unidesk Software. He holds a BA in economics from Trinity College and an MBA from Harvard Business School. He is a lecturer at the MIT Sloan School of Management, where he teaches the course “Technology Sales & Sales Management.”