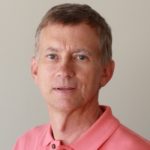 Larry Peterson is the CTO at Open Networking Lab/Open Networking Foundation, and Chief Architect of the CORD project. He is also the Robert E. Kahn Professor of Computer Science, Emeritus at Princeton University. While at Princeton, he served as Chair from 2003-2009, led work on the widely used PlantLab and MeasurementLab platforms, and spun out a CDN technology startup that was subsequently acquired by Akamai. Peterson is a member of the National Academy of Engineering, a Fellow of the ACM and the IEEE, the 2010 recipient of the IEEE Kobayashi Computer and Communication Award, and the 2013 recipient of the ACM SIGCOMM Award. He received his Ph.D. degree from Purdue University in 1985. Learn more about the project at http://opencord.org/blog/.