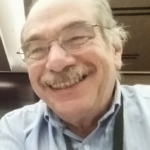 Gordon Uchenick started writing software in 1968, mostly working on embedded systems in mission-critical and safety-critical applications. His experience includes some of the first systems in computer graphics, online data acquisition, computerized industrial controls, and high-speed data movement for employers as diverse as the Social Security Administration and Texas Instruments. In 1998, feeling that 30 years of programming was enough, Mr. Uchenick became a Field Application Engineer at Wind River Systems, addressing the needs of customers with simultaneous requirements for high-assurance software certifications for both airworthiness and multi-level security. In 2004, he became a Senior Mentor and Principal Engineer with Objective Interface Systems, addressing customer needs for high assurance, multi-level secure communications. While with OIS, Mr. Uchenick was a member of the USAFRL MILS team, writing several papers on the subject and presenting them at conferences worldwide. He was a Session Chair and later Track Chair at the Digital Avionics Systems Conference. He also founded the Layered Assurance Workshop, serving as Program Chair and Coordinator. The Layered Assurance Workshop investigated total system safety and security assurance properties derived from the individual non-homogeneous assurance of the components. In 2010, convinced that applications had become the low hanging fruit for safety and security system penetrations, Mr. Uchenick joined Coverity and became the company’s lead sales engineer for Aerospace and Defense with special emphasis on customers with safety and security certification requirements. Synopsys acquired Coverity in 2014. In 2017 Mr. Uchenick semi-retired, now working on software taxonomies, representing Synopsys in Washington DC area standards committee meetings, and developing approaches for product and service offerings that enable customers to attain safety and security certifications. His personal interests include riding his bicycle in charity events and playing the bassoon.

Making the skies safe and secure with DO-178C compliance

A little background on DO-178 We live with software failure every day—from cell phones and laptops that crash or hang to headline-grabbing stories of personal data breaches. Software has been used in safety-critical airborne applications for decades, but fatalities caused by software are unheard of in civil aviation. Why this difference? The reason is the way airborne software is certified, following the objectives defined in DO-178.