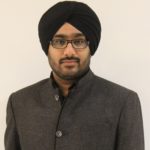 Artificial Intelligence (AI) is revolutionizing the way we live, work and think. In recent times, computing machines have become intelligent enough to recognize real world objects, recognize speech, learn programs, paint like an artist, or even dream like humans.

A methodology for quantifying risks from web services

How do you quantify the risks of using of web services that make calls to various APIs available commercially and in the public domain for “free” usage?

The number of “smart” applications will only increase in 2017 as vendors seek to differentiate themselves in their various marketplaces. This point was made abundantly clear at CES recently as part of the “Trillion Dollar IoT Opportunity.” With an explosion of vendors seeking to make our homes, factories, vehicles and healthcare more connected and thus “smarter,” it’s important to understand the various standards in play when looking at incorporating IoT communication protocols.