« Previous: New government directives and…
Next: Experts warn of critical… »

Ignoring dependencies of a seller’s source code during an audit could lead to missed license compliance and security issues.

Say you are allergic to peanuts. While out to dinner, you order a plate of spaghetti with meatballs. The server lets you know that there are no peanuts in the spaghetti with meatballs. Unfortunately, the server has no knowledge that the onions within the meatballs were fried in peanut oil. The indirect dependency on the peanut oil that was included in the meatballs by way of the fried onions left you vulnerable to an attack.

Similarly dangerous is finding big license and security problems in an acquisition’s software after the close because no one analyzed the software’s dependencies.

How software is built

The Linux Foundation describes direct and indirect dependencies in the following way:

Mergers and acquisitions (M&As) often have extremely tight timelines, so it may seem that performing due diligence only on a seller’s source code/proprietary code is sufficient to identify all the compliance and security risks. But buyers should also be concerned about the components upon which the seller’s application depends. If components under copyleft licenses are nested in the application’s direct and indirect dependencies, the buyer is taking on the responsibility to comply with those copyleft licenses as part of the whole work. Similarly, security vulnerabilities in dependencies may expose the entire application.

If an open source project is licensed under a permissive license such as MIT, a common belief is that there is no need for concern. However, in the audits we perform for M&A due diligence, we frequently find copyleft-licensed components within permissively licensed open source projects. This might not represent a compliance risk if the open source project is not being used for commercial purposes. However, when our customers are acquiring assets as part of an M&A transaction, they are almost always interested in using these assets for commercial purposes, and that is where the compliance risk resides.

Examples of security vulnerabilities from dependencies

Security vulnerabilities can reside within dependencies as well. Here are some common examples.

It takes time to gather dependencies, and there isn’t much time in M&A transactions. For this reason, buyers and sellers might express concern about the timing and the level of effort needed to include dependencies in the scope of due diligence. But judging from the issues that we found in our M&A due diligence, we believe it is valuable to bring visibility to all risk that might be present in an application. Fortunately, newer languages are making the collection of dependencies easier through package managers. By knowing the commands to generate, code owners can spend less time gathering the dependencies that their source code relies on.

We find license compliance and security issues in both direct and indirect dependencies, across all languages and all application types. It’s not a free lunch, but to avoid getting sick from the peanuts, it’s best to audit both source code and the dependencies.

Learn how you can avoid software risks in an M&A

This post is filed under Open source and software supply chain risks.
Julie Courtnay
Posted by 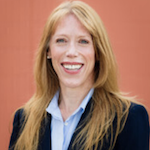 Julie Courtnay has supported technology customers since 2004 in industries ranging from the design and verification of semiconductors, to storage, to high-performance computing, to software due diligence. She has advised on over 400 software audits. When not supporting her customers, Julie loves to ski, hike, play tennis, and read.