« Previous: Learn how to customize the OWASP…
Next: 4 simple steps to encourage… »

On Sept. 7 Equifax announced a major data breach affecting 143 million customers. The breach was the result of a Remote Code Execution (RCE) attack that exploited a vulnerability in Apache Struts software—an open source framework for creating web applications. On the same day as the breach announcement, Apache Struts published details of CVE- 2017-12611–the fourth in a series of critical RCE vulnerabilities exposed in the Struts platform since March this year alone.

According to an Equifax statement, the data breach was discovered on July 29, but admitted that sensitive data was accessible to the attacker from mid-May. This means that Equifax systems had been compromised for at least 40 days before discovery, raising serious concerns about Equifax’s security practices.

Apache Struts responded quickly in a statement to clarify their position on the breach. Describing their policy of due diligence on securing their software quickly against reported vulnerabilities, Apache’s statement firmly rebuts reports that vulnerabilities published in either July or September could have been targeted unless the attacker had a zero-day exploit. In other words, the attacker would have needed knowledge of the vulnerabilities before Apache released their advisories and fixes.

The timeline of related events makes it clear that fixed versions of Struts were available at or before the security advisories were published, and that known exploits were not available in the wild beforehand. The timeline also bears witness to Apache’s assertions of consistent good practice and tells us that the attack was likely to be a product of poor security practices on the part of Equifax.

Let’s take a closer look at the four RCE vulnerabilities:

Due to the additional technical details being released, it is advised to verify that you have received updated rule sets in order to validate existing mitigation strategies.

Workaround: For users of affected versions, several immediate mitigation measures were available including the option to switch to a different implementation of the parser.

When the relevant field is associated with a Struts 1 action and the malicious input is part of the error message used by the ActionMessage class, the ‘OGNL’ commands will get executed as the web server user.

Workaround: Always use resource keys instead of passing a raw message to the ActionMessage and never pass a raw value directly.

Apache Struts Allows Remote Code Execution when using the Struts REST plugin with `XStream` handler to deserialise XML requests. This vulnerability could manifest itself by providing crafted user-controlled data as an XML payload to the web application. Successful exploitation of the flaw could enable a hacker to gain full control of the affected server, finally letting the attacker infiltrate into other systems on the same network.

Workaround: Various workaround options are available with the best being to remove the Struts REST plugin if or when it’s not being used.

Apache FreeMarker, wrapped in Struts, is a Java library that acts as a template engine to generate text output, such as HTML web pages, e-mails, configuration files, source code, etc., based on templates and changing data.

Workaround: There is currently no known workaround.

We can deduce from the timeline of events that Equifax was either unaware of or slow to respond to reports of known critical vulnerabilities in their system, and as a result had not upgraded to safer versions. This paucity of attention needlessly put the sensitive identifying data of some 143 million consumers at risk.

From the details pertaining to the vulnerabilities it is worth noting that all but the most recent had immediate workaround options, enabling companies like Equifax to devise a mitigation strategy even if patching or upgrading takes longer than is desirable, given the severity of the vulnerabilities in question. 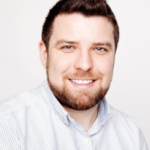