AGPL: Out of the shadows

Shortly after the release of GPL3, the FSF released Affero GPL 3, or AGPL, in part to close the “SaaS loophole” in GPL. What is AGPL, and who uses it?

A while ago, I noted the slow but growing use in private business of GPL version 3. In the nearly 10 years since it was released, GPL3 has gained an uneasy acceptance in the technology industry, despite lingering concerns about its unusual patent terms and “Installation Information” requirements.

If GPL3 is scary to private businesses, then AGPL is even scarier. Shortly after the release of GPL3, the FSF released Affero GPL 3, or AGPL. Among those participating in the community drafting process for GPL3, there were two philosophical camps: One held that GPL3 should incorporate new conditions to close the SaaS loophole in GPL2, and another held that it was best to avoid changing a licensing model that had become familiar after so long. In the end, the “don’t fix it” viewpoint prevailed, and GPL3’s copyleft conditions still turn on distribution (or “conveying” in the terms of the license). Using GPL software to provide SaaS, therefore, is not considered distribution (or “conveying”) under either version of GPL.

But, in a way, the other viewpoint also prevailed, in the time-honored model of open source: If you don’t like it, fork it. The alternative was called Affero GPL, based on a prior and non-standard open source license written by Affero that spearheaded this new licensing condition. AGPL contains an additional clause that treats SaaS (“Remote Network Interaction”) like distribution, for purposes of invoking the copyleft conditions.

Why was that so scary? As they say, capital is a coward, and this new licensing model promised to impose new costs on users of AGPL software. Most companies, over the early 2000s, had developed internal controls for open source compliance. Those controls were developed as companies played catch-up to remedy a landscape of rampant non-compliance. The policies were often developed in a panic, at great expense and managerial angst.

But most open source licenses impose no conditions on internal use of software. So, internal controls developed in the early 2000s usually relaxed—or eliminated—approvals and processes when the software was not distributed. These controls often treated SaaS use just like any other non-distributed use case, such as development, testing, or network monitoring. The scary element of AGPL was that most internal controls just weren’t set up to handle this new condition. So most companies looked into a long, dark tunnel of re-vamping their open source processes, cringed, and promptly put AGPL on their “never approved” list.

Ironically, this never should have happened. Relying entirely on absence of distribution for open source compliance is just not a good idea. In reality, suppliers of software often flip back-and-forth fluidly between on-premises distribution and SaaS. An on-premises product can suddenly change into a SaaS product and vice versa, depending on the needs of customers. Some customers require local instances of software for regulatory or security reasons. Others want to avoid transmitting data across national borders. If a SaaS supplier has the opportunity to sell to such a customer, no one wants to be the unfortunate soul who has to tell the head of sales: no, we can’t do that because on-premises deployment is distribution, and it breaks all of our open source compliance processes. So it’s always best to develop compliance processes that treat SaaS as if it might someday be distributed.

Just as industry has warmed up to GPL3, it has slowly begun to accept AGPL3 code. The acceptance has centered around two loci: MongoDB and dual licensing.

MongoDB was an early adopter of AGPL3, and it had two very important things going for it. First, MongoDB pioneered the “NoSQL” database. It was cheap, scalable and effective, and caught on like wildfire. Second, Mongo published guidance for how to comply with the AGPL, without compromising the proprietary rights in applications that used it. Mongo provided Apache 2.0-licensed connectors to interface with applications, and stated that using them would firewall the licensing of applications—almost like AGPL with a linking exception. Industry heaved a collective sigh of relief and changed its policies from “never use AGPL” to “never use AGPL except for MongoDB.”

This is a great illustration of the “estoppel” technique of open source licensing. Because open source licenses are standardized and used by many licensors, no one licensor has the right to say what the licenses mean—at least vis-à-vis all the others. However, any licensor releasing code under GPL can provide interpretational guidance for its own software. In law this is called a estoppel, which is like a waiver, a statement made unilaterally by one party to its own detriment, inviting others to rely on it. For example, if I release some software under a license like GPL, and make a public statement that I never intend to enforce my conditions under GPL, it would be foolish for me to sue someone for violating GPL. The court would read my statement and conclude that it was not fair for me to invite the world to violate my rights and then sue them. Such interpretational guidance is not unusual in open source licensing; it allows licensors to use standard licenses in non-standard situations, tweaking them slightly to fit.

Unfortunately, the language of the additional network use condition in AGPL leaves some questions unanswered. The most common question is how far “down the stack” the condition reaches. Suppose you are using AGPL software as an operating system or language component to serve up an application. The user interacts with the application, but not with this infrastructure element. The copyleft condition says you must offer source code to “users interacting with it [i.e. the Program] remotely through a computer network.” That seems to mean that infrastructure elements will never trip this condition, because any user interaction would be too indirect. Ironically, one of the reasons given for “closing the loophole” in GPL was that companies who run massive server farms were not required by GPL to share their changes to the Linux kernel. But AGPL would never apply to the kernel, and even if it did, may not have required anyone to share kernel changes. (And most of those companies shared their changes anyway—not because GPL made them, but because it was good business to share.)

Not surprisingly, AGPL3 has been slower to propagate than GPL3; if GPL3 has gained acceptance slowly, AGPL3 has been tagging along behind like a younger sibling. But the license is not as scary as it seems. The network interaction provision only triggers source code offer requirements when you modify the Program. In fact, most open source software is used without modification from community versions. After all, most businesses use open source because it is already tried and tested, free of charge, and supported by the community. Modifying it only undercuts those advantages. So, particularly with killer apps like MongoDB, many companies have become cautiously comfortable approving AGPL software for SaaS use. They still worry—and probably rightly so—that modifications could be made to the code after approval, and they lack internal controls to revisit license compliance when the modifications occur.

Copyleft licenses are a lot like the shadow monsters of Plato’s cave. They are by nature complex creatures, and the technology industry needs time to absorb and understand them. The process of understanding them can feel, to technology managers, like looking into the sun. But over time, some of the shadows have fallen away.

(Maybe some day we will even understand ODbL.)

READ NEXT: The quietly accelerating adoption of the AGPL

This post is filed under Security news and research.
Heather Meeker
Posted by 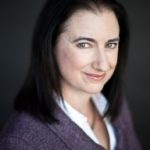 Heather Meeker is a lawyer in private practice who helps her clients unravel the mysteries of open source software licensing. She is the chair of the IP/IT Licensing and Transactions group at Greenberg Traurig, LLP, and specializes in intellectual property transactions for software and other technology clients. In 2011 was selected by the Daily Journal as one of the top 25 intellectual property licensing lawyers in California, and was named San Francisco Information Technology Law Lawyer of the Year by Best Lawyers in 2012. Her book The Open Source Alternative: Understanding Risks and Leveraging Opportunities was published by Wiley & Sons in February 2008.